Apple laptops are unusual devices used by only those "who understands". Super stylish, with a unique operating system and its own philosophy. These gadgets have millions of fans. But like any other laptops, MacBooks get old, broken or simply cease to meet the needs of its owner. In such cases, it's more logical to sell apple Laptop for cash, the more so for this gadget, you can get good money. But how? Perhaps it's better to hand over the broken unit for repair, then sell it and buy a new gadget. Read more. 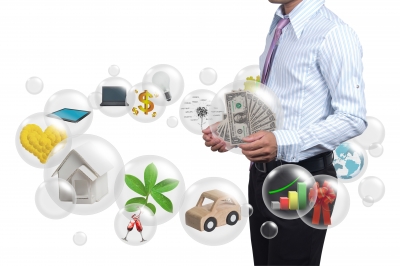 Apple Inc. is certainly one of the most innovative companies in the world, uses the latest technology and non-standard approach to the production. All this makes the MacBook one of the bestselling gadget. Features and quality of the device felt all owners of Apple laptops, that's why it isn't surprising that by selling the unit they want to get good money.

Apple Laptops are presented in three product lines, and you can be the lucky owner of one of the following devices:

Despite the brevity of product lines, each laptops model was changed and modified in accordance with the development of technology and the needs of the modern user. Of course, four years later, even MacBook will be obsolete device. And replace that unit more than necessary. Sell apple Laptop for cash profitable, especially if it's working. But, what to do with a broken gadget that class? When does it make sense to repair it? Let's move along to an investigation of this question.

Apple laptops are distinguished by their quality and reliability, but they break down and need repair as well as any other devices. The problem's that to fix the gadget cannot all the center services. Specific of repair is caused by the following factors:

The large number of temperature sensors and controllers is a hallmark of Apple laptops. Device nodes are located so close that require precision of jeweler to avoid damage to serviceable components. In addition to repair the MacBook is quite expensive. Why deal with unprofitable business, when you can sell a broken laptop Apple for cash and invest this money in buying a new device.

As practice shows, selling old or broken Apple laptops, the owners immediately looked after by a new and powerful unit of this famous brand. Of course, those who used a MacBook hardly love the other devices. You can choose one of the latest models of MacBook Pro or MacBook Air. But in 2015, the company introduced an updated Apple MacBook, which is positioned as the new leader of a category of ultra-light laptops. It's really interesting device that's completely different from the latest MacBook, released in 2010.

So, the reasons for selling Apple laptop can be a lot, but choice in favor of this way has already been taken. Sales success strongly depends on a good buyer. The World Wide Web provides an excellent opportunity to save time and get good money for used gadgets.

It's better to contact the company that provides web services for buying up of older devices. Typically, these companies offer more of cash for gadgets than pawn shops and service centers. It's also possible to find a buyer over the Internet, but often, such deals are unreliable and time-consuming. And as you know, technology getting old quickly and delay the sale of even the Apple laptops is not recommended.